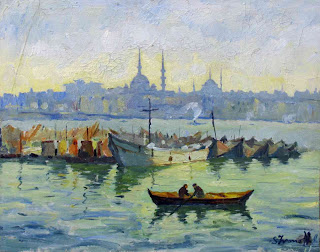 Writing seems to be even more a tool of power than it was in 1947 when George Orwell wrote his Politics and the English Language. University specialisms have multiplied; professions have developed and expanded their empires; management has developed its own language. Obfuscation in the pursuit of an unchallenged life is the name of the game.

I’ve spent a significant part of my life writing papers – but only recently recognised this. This blog tries to explore the reasons why I have spent so much time struggling in front of a keyboard. I started by writing quasi-academic papers simply because I was looking for ways to improve the way local government in my country worked.
I had become a local councillor and was horrified at the way the municipality (staff and councillors) treated the (low-income) citizens who had elected me. Instead of responding positively to their efforts at self-help, they ridiculed and undermined them. And this seemed to be systemic – something to do with the assumptions which came with the bureaucratic structures we used.

This was the early 1970s and these structures were under fire (from writers as varied as Bennis, Fergusson, Toffler and most memorably by Donald Schon whose 1970 Reith lectures (published as Beyond the Stable State) had me riveted in front of my father’s radio. I was summarising the more interesting books and papers – trying to apply their open, participative processes to my situation – and describing what happened in Occasional Papers in a Local Government Unit I established. No “peer review” – so perhaps I fell into some bad habits! I was writing for myself – trying to make some sort of sense of the confusion I felt. On the other hand, it gave me the freedom to develop my own “voice” – and adjust my style in the light of direct feedback from readers as distinct from academic custodians of good writing norms!

At the time I was a lecturer – but being a politician forced me to simplify my language to make myself understood by colleagues and the electorate! That was a great training! I had to “unlearn” a lot of big words and complicated phrases which university life had given me; and to learn to call a spade a spade!

Then I wrote a short book to try to explain in simple terms why some major changes being experienced by local government were necessary and also trying to demystify the way the system worked. That made me realise how few books were in fact written for this purpose! Most books are written to make a profit or an academic reputation. The first requires you to take a few simple and generally well-known ideas but parcel them in a new way – the second to choose a very tiny area of experience and write about it in a very complicated way.

After that experience, I realised how true is the saying that “If you want to understand a subject, write a book about it”!! Failing that, at least an article – it’s amazing how what was a clear understanding in your mind is mercilessly exposed as deficient when you put it on paper! Gaps in your knowledge are exposed – and you begin to have the specific questions which then make sure you get the most out of your reading.

My first real publications were chapters in other people’s books and national journals – which described the experiences in community development and more open policy-making processes some of us had introduced into Europe’s largest municipality. I was “sunk”, however, when one journal then asked me to write one page every 4 weeks. I just couldn’t compress my thoughts that way. Although I was reading a lot, I couldn’t write in abstract terms – only about my own experiences, trying to relate them to the more general ideas.

Since I became a consultant in Central Europe and Central Asia and have written less passionately and more analytically for very targeted (and narrow) audiences. Basically what I have been trying to do in the last 10 years is to summarise our experiences in Europe of changing systems of government (eg decentralisation) and indicate what it might mean for the countries in which I was working. It has always been the HOW – rather the WHAT – of change which has fascinated me. One of the things which has disturbed me in the last decade or so is the way complex processes have been reduced to simplistic formulae in subjects such as the management of change and government accountability – their ethical dimension being sucked out in the process. British Governments have become impatient and have imposed one (centralised) fashion after another – in the process making us cynical about both change and the specific nostrum of the moment.

At one stage I wrote a short paper about the writing process – and presented it to some students. I was intrigued to learn that many of the ideas reflected a paper I had never heard of written by C Wright Mills - On Intellectual Craftsmanship

The painting is an Ivanov - I think Savi