return to the future 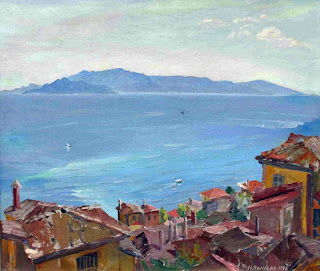 My resolution to give a daily link to a couple of the books in my Google library has clearly fallen by the wayside. So let me try again. And first with a name from the past which one is hearing more and more these days - Karl Polanyi. He wrote in the 1940s about the rise of capitalism and its tension with democracy – big themes to which we are now returning. And here is an intellectual biography
The recent interest bears out the comment in a recent Compass (leftist British Think Tank) pamphlet that

Historians like Arthur Schlesinger and theorists like Albert Hirschman have recorded that every thirty years or so, society shifts - essentially, from the public to the private and back again. The grass, after a while, always feels greener on the other side. The late 1940s to the late 1970s was a period of the public, the late ‘70s to now, the private. Now the conditions are right for another turn, to a new common life and the security and freedom it affords, but only if we make it happen by tackling a market that is too free and a state that is too remote

I was so taken with this quotation from that I used it to introduce the table in which I tried to summarise the key political debates of each of the decades since the 1940s which is the last part of my Sceptic’s Glossary
Of course, reading such books is pretty useless unless we can in some sense exert some collective control over the madness which surrounds us. But our cynicism about politics makes this difficult which is why the second book is so important – Why we hate politics by Colin Hay.

As a bonus, these throughts from Stuart Weir on how power is exercised in UK.
I'm very tempted by this 1940s Vulchev painting - of Kavala and Thassos
Posted by nomadron at 9:42 AM