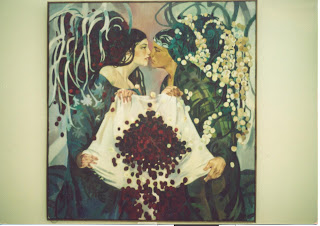 Delegation is a great thing! Yesterday morning a cameo role at the start of one of the many workshops being held in Bulgaria by the project of which I am (nominal) Team Leader – a one-day one on Private Public Partherships (PPP). All I have to do is to turn up at the odd workshop and check all is going well – and, in the process, I learn a bit about the subject matter in hand. Take yesterday’s. In the 1970s and 1980s we blazed a trail in Glasgow on PPPs with various regeneration projects bringing a variety of public agencies together with community groups and the private sector. I remember speaking at places as far apart as Colorado and Maastricht about what was in the 1980s still an unusual structure and experience. But the term has changed its meaning since then – and, in EC hands, it seems to have become a neo-liberal tool to prepare the ground for the commodification of public services. This is, for the moment, a suspicion on my part – so I limited myself to a comment to the the two Bulgarian trainers and will now do some catch-up reading eg a critical review of a 2004 EC Green Paper on the subject from the
Public Services International Research Unitat Greenwich University which has been doing a good job over the last decade of tracking the privatisation bandwagon.
Another good public admin resource which I have come across is this wiki page created by a graduate student from which you can download quite a lot of useful articles – eg on the concept of „public value” which was flavour of the month a few years back when NPM was apparently going out of favour (emphasis on „apparently”) and even attracted a UK Cabinet paper on the subject.
Political scientist Gerry Stoker probably gives the best assessment
This time last year I was musing on departmental silos.
Posted by nomadron at 8:03 AM