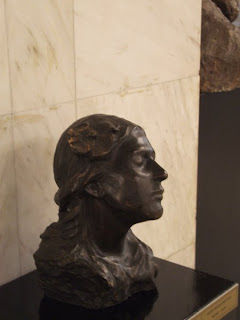 Thanks to CasaVino, an eminently quaffable new red wine variety for these cold days – from a village in the Melnik area near the border with Greece. It’s Kapatovo with a blend of four grapes, three of which I had never heard of - Marselan, Petit Verdot, Primitovo and Syrah. The first two are apparently late-flowering varieties from France and only Syrah is well-known. The result is superb - well warranting the four stars which it gets from my little Bulgarian wine bible and certainly worth the 18 euros price-tag (for 5 litres!!).

The Melnik/Sandanski area is renowned for its robust and tasty Mavrud wines to which I have become very attached this winter – breaking out of the exclusive attachment I was beginning to form to the Bulgarian whites – particularly the St Ilyia from the Sliven area.
The Mavruds (including some whites) are also found in the central plains. 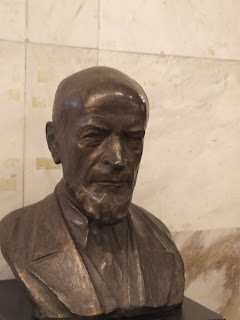 My favourite little second-hand bookshop in the courtyard of Vassil Levsky at the University corner also came up a couple of nice old books – one published in 1960 on the sculptor Marko Markov (many of whose works were to be seen in the Ilyia Beshkov Gallery at Pleven) and the other one a 1974 collections of small (mainly black and white) prints of artists from the first 6 decades of the 20th century.

Unfortunately I don't know which sculptures are whose!! Are they all Markov's?? Or are some Spasskov's? The bearded guy is certainly Patriarch Eftim! 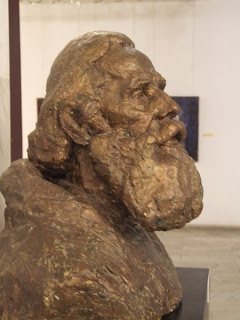 My interest in such sculptures increases in leaps and bounds. I don't, at the moment, have many such artefacts - but could be persuaded to collect more of these...... 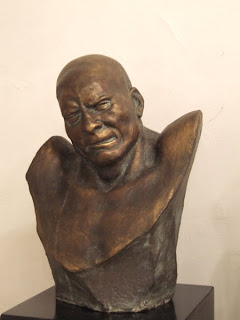 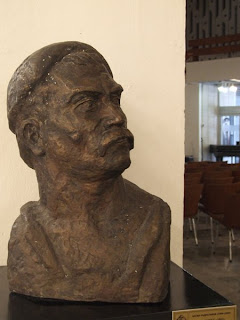 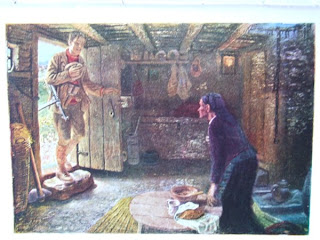 Various reasons for the 3 week silence – the numbing cold of the last few weeks; waiting for the results of various tests relating to my prostate; and sheer disgust with how the power-elites have been betraying the hopes of decent people.
The Mouse that roared is a good post on the Cyprus crisis.
Now the possibility has been raised of removing the 100k guarantee which was previously in place for our bank savings. All I can do is collect the ammunition to use on the bankers! 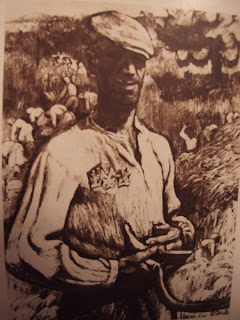 He is one of a long line of first-class Bulgarian graphic artists (Bozhinov; Dobrinov; Beshkov, Behar;Angeloushev - let alone the war sketches of so many others such as Shturkelov) but his work shows a particular sympathy for the struggles of peasants. 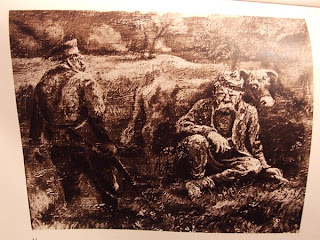 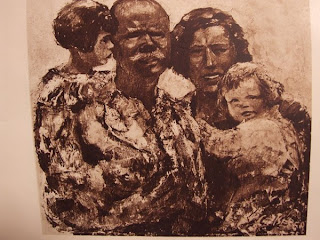 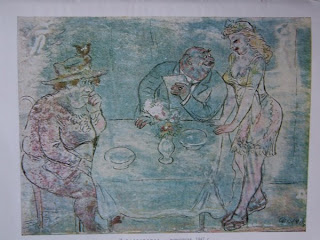 And I particularly liked the study of the long-suffering wife in this sketch! 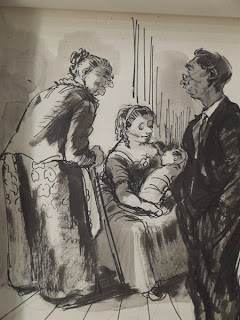 On Thursday, I eventually made it to the Ilyia Beshkov Gallery in Pleven. The  gallery was easily found – in an imposing building and quiet imposing area. It was midday when I got there – I was the only visitor and it was quite freezing! So cold that the 3 curators shut themselves in the small room and left me to my own devices for almost an hour – with the lighting on and my able to photograph to my heart’s content. About 50 of Beshkov’s large sketches; half a dozen large sculptures some of which were Angel Spassov but most (I now realise) were Marko Markov's!; a Mkrkchvika, Mitov, Tsonev, Boris Denev, and Stefan Ivanov 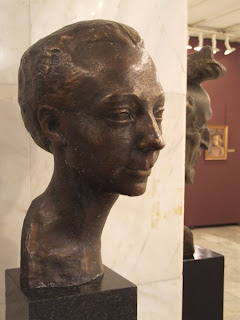 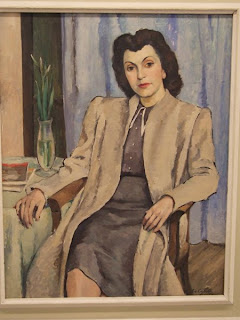 I am also confused about this one below - is it Stefan Ivanov? 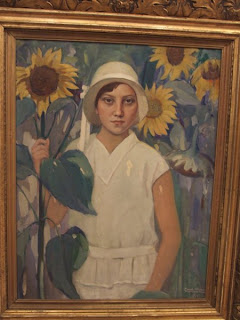 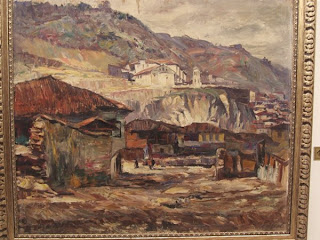 No doubt about this one - it's Boris Denev!

Posted by nomadron at 9:37 AM No comments: