making sense of what we seem to be saying 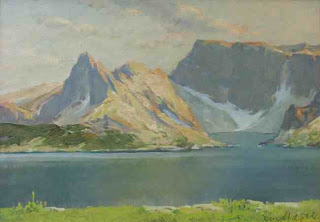 I’ve reached the point with my Conference paper of being able to read it as a critical outsider – interjecting, every now and then – a pointed „So??”. And, at this point, the old advice about the three-part structure of effective presentations becomes very helpful – „tell them what you’re going to say; say it; and then summarise what you’ve said.” It’s the last which is particularly useful. You read your paper through – and then try to summarise what it seems to be saying. Sometimes the results can be surprising! And, after yesterday’s post about Impact Assessment (part of the consultant’s toolkit) and a skypechat, I realised that I had left the discussion about the toolkit up in the air. If you looked at any of the IA papers I linked to yesterday, you will have realised how difficult member states such as the UK have found it (15 years and still not working) – let alone the European Commission itself. Why, then, is is something which the Commission has been pushing hard on new member states and accession countries? Perhaps simply that those pushing it (in the Development arm of the EC) don’t have the experience to understand that few countries have actually got it to work for them? Or is it a case of „cast-offs” being sold on – to the greater benefit of consultancy companies? The present version of my summary therefore reads as follows -


My argument so far has been that Technical Assistance based on project management and competitive tendering is fatally flawed – assuming (as it does) that “expert services” procured randomly by competitive company bidding can in a short period develop the sort of trust, networking and knowledge on which lasting change depends. I have also raised the question of why we seem to expect tools which we have not found easy to implement to work in more difficult circumstances. At this point I want to suggest that part of the problem is the hierarchical nature of the assumptions which underpin the whole TA system. The very language of Technical Assistance assumes certainty of knowledge (inputs-outputs) and relationships of power – of superiority (“experts”) and inferiority (“beneficiaries”). What happens when we start from different assumptions? For example that-
• Technical Assistance built on projects (and the project management philosophy which enshrines that) may be OK for constructing buildings but is not appropriate for assisting in the development of public institutions
• Institutions grow – and noone really understands that process
• Administrative reform has little basis in scientific evidence . The discipline of public administration from which it springs is promiscuous in its multi-disciplinary borrowing
• When we try to make public institutions work better for their citizens in transition countries, we are all working in unknown territory. There are no experts.

Once one accepts the world of uncertainty in which we are working, it is not enough to talk about more flexibility in the first few months to adjust project details. This is just the old machine metaphor at work again – one last twist of the spanner and hey presto, it’s working!

At this stage in the paper I introduce Robert Chambers’ great table which shows different roles and relationships for development work – and the move to a more humble and collegial working. But one has to ask what stops this - and here I am brought back to my experience in 1992 with the EC Energy network which I realised was simply a front to allow Western companies to caapture the new Eastern European market. The late lamented Peter Gowan had a lot to say about this - and this, I think, is where the conclusion of my paper should be heading. A proper critique of TA is that it is seeming to help transition countries while in reality ensuring that their state system will never agaion have any capacity to challenge the prevailing European ideology.
The painter is the great mid 20th century mountain painter Cyril Mateev. All miountain associations should buy his stuff - available generally for about 500 euros
Posted by nomadron at 12:04 PM