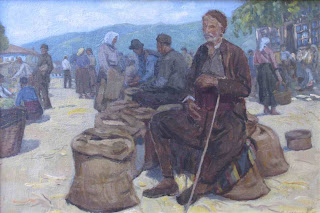 There is an interesting post today on Social Europe about the loss of legitimacy of the established political parties in Europe – and the growth of populist sentiment. It’s by a Dutch political scientist who has spent the past decade looking at the issue and has a nice short explanation of the phenomenon under the heading 10 Definitions of The Populist Crisis in Western Politics:

Cuperus was a new name for me – but he writes coherent stuff eg in 2004 on the situation facing the Dutch parties and a particularly intersting 2006 paper on the situation at the European level And one of the early comments rightly suggested the anglo-saxon world (to which The Netherlands apparently belongs) should be set apart from that part of Europe (particuarly Germany) which has managed to resist the blandishments of neo-liberalism and retains public values. I mentioned not so long ago that there was an intersting debate about 15 years ago about different models of capitalism – and I find it odd that this has not come back into the debate. Hopefully blogs like Cuperus’ will help bring this back into the mainstream discussion.

An example of progress in Sofia. Three years ago I used to have great relaxation at the nearby Sparta sports centre where – for 45 euros – I was allowed 12 visits to a VIP part which gave me access to swimming, sauna, very civilised changing rooms and towels. Today I learned there has been a change of ownership and, for the same price, I get the same number of visits to the pool only (no sauna now - that's an additional 30 euros; vastly inferior changing facilities (you have to take off and put on shoes in the public waiting area); and bring your own towel. That’s abaout a 75% increase in price. The next step will clearly be to reduce the number of visits to 10, then 8. I have to find out the nature of the change of ownership - is this an example of cowboy privatisation?

I acquired a batch of (unframed) old paintings yesterday without really intending to! And 4 of them are figurative - all very distinctive in their way. One socialist realist of farmers at a combine harvester greeting a couple of colleagues carrying rifle and a soldier taking up the rear (with a couple of military scenes on the reverse side). I was told it was a Vulchev - but which one? There are about four! And I was told another (rather damaged) was a Stamatov who fetches quite a price these days - regardless, it's a brilliant study of a blacksmith. It's an early Stamatov which graces this post.

Email ThisBlogThis!Share to TwitterShare to FacebookShare to Pinterest
Labels: populism