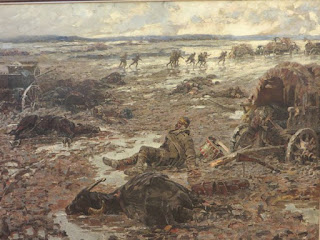 These, however, are of minority interest and are therefore relegated to the last section of this post - which tries to confront the fact that potential readers may be disinclined to read a book which has “Bulgaria” in the title…
I’ m starting to wonder whether I would be better advised to use Balkan imagery in the title….

After all, tales of travels and exploits in these parts have apparently been part of the staple diet for British readers for several centuries…..as we now know thanks to the publications in the past 15 years of literary scholars  such as Maria Todorova, Andrew Hammond and Vesna Goldsworthy who have carefully itemised and summarised the writings of foreign visitors to the area - and identified various phases of the “West’s encounter with the near East”…Hammond’s The Debated Lands – British and American Representation of the Balkans, for example, suggests that -

balkanist discourse has passed through three distinct paradigms. These are denigration before 1914; romanticisation in the inter-war years; and, after an ambivalent mixture of sympathy and disappointment during the Cold War, a return to denigration in the 1990s.

He then goes on to argue that –

pre-1914 denigration reveals close similarities to colonial discourse, how inter-war romanticism reflects the modernist quest for exoticism and psychological escape and how the reappearance of denigration coincides with the advent of postmodern scepticism.

The earliest mention of the name Balkan known to me comes from a fifteenth century memorandum of the Italian humanist writer and diplomat Philippus Callimachus (1437–1496). Persecuted by Pope Paul II, Callimaco settled in Poland and became a close adviser to the Polish king. He was the author of a history of the deeds of Wladyslav III Warnenczyk, in which he left a short description of the Haemus, which he saw when he visited the Constantinople on diplomatic missions. In his 1490 memorandum to Pope Innocent VIII, Callimaco wrote that the local people used the name Balkan for the mountain: “quem incolae Bolchanum vocant.”

Misha Glenny is one of the foremost commentators on the Balkans with a massive book The Balkans 1804-1912 - Nationalism, War and the Great Powers to his credit. He does not mince words when it comes with dealing with the negative reputation the area has


To help set the record straight here are a few lesser-known facts about the Balkan peninsula that never make it into the newspapers. For those who would defend the Balkans but don’t know how, they will be useful for dropping into conversations about how hopeless the situation there is.

1. The only country allied to the Axis that refused to allow any of its Jewish citizens to be deported to Nazi death camps was Bulgaria.

2. The single most violent period in Balkan history in terms of casualties sustained and the territorial extent of the warfare was a direct consequence of Hitler’s decision to occupy Greece, a decision prompted by Mussolini’s failed attempt to invade Greece in 1940. The Nazi resolve in March 1941 to dismember Yugoslavia was accompanied by the installation of a brutal Fascist administration in Croatia that was entirely unrepresentative of the political aspirations of the Croat people. Until Pavelic was installed in Croatia, there had been no history of mass violence between Serbs and Croats.

3. The Stalinist dictatorships that took root in Romania and Bulgaria were imposed by an agreement reached by Stalin and Churchill. In exchange for handing over these territories to Soviet influence, Churchill, and later Truman, were given a free hand by Stalin to smash a Communist insurgency in Greece that was on the verge of taking power with minimal foreign support.

4. Since 1989, the governments and people of Romania, Bulgaria, Macedonia, Albania and Greece have all resisted attempts by nationalists to destabilise the local or regional polity.

5. The main victims of the sanctions imposed by the UN on Serbia have been the surrounding states, a number of which are attempting to steer their economies through the transition from Communism to capitalism. Bulgaria, for example, has been losing an estimated $2 billion a year. The impact on the economies of Western Europe and America has been negligible. The UN refuses to give Bulgaria any compensation.

But places with traces of older ways of behaviour - let alone the feel of antiquity - are increasingly impossible to find in this homogenised world. When found, of course, they need nurture - not hordes of people tramping the grounds and polluting the atmosphere. So, despite the many attractions of the country, this will not be a book which tries to encourage foreigners to visit special sites – it is rather a book which celebrates people long dead who have, however, left a bit of themselves in the attitudes and tastes of those who now inhabit its country.

Finds I have to report are -
Contemporary Bulgarian Art – Paintings, Graphics and Sculpture ed Svetlin Rusev (Sofia 1982) was a large book I had seen a few years back but was discouraged from buying by the obviously political nature of the selection process. Seeing it again in the little second-hand place on Vasil Levsky corner at Sofia University made me realise that it was a real historical piece which warranted a place in my library – not least for its glorious reproductions. Its introduction is a stunning paean to the communist party - by the Chairman of the Bulgarian Union of Artists (7 pages which say absolutely nothing).
Rusev still bestrides the art scene these days but must regret the opening page’s hymn to September 9th 1944 as well as the obvious omissions eg no mention of the country’s most famous  aquarellist Konstantin Shtarkelov (banned and disgraced for his royalism) or the caricaturist Raiko Aleksiev, murdered in prison. The illustrations are still magnificent 33 years later and the whole book is an incredible bit of history (c 400 pages – not numbered)

A new auction house started in Sofia this year and has apparently held 3 auctions - each offering a superb 70 page catalogue. This is the November one I missed just by a day

Then a visit to Pazardzhik – a small town close to Plovdiv, a gallery I had just become aware of – which is supposed to house more than 2000 paintings donated by one of Pazardzhik’s most famous sons, the painter Stoian Vasilev. I could find no sign of them however! The first of the gallery’s 2 rooms – with still lives – was bitterly disappointing but things were made up with the portrait room which had a wonderful display of the works of one of Bulgaria’s best women artists - Elisabeth Konsulova-Vaseva as well as delightful examples of many others, including two I had not heard of – local painters Georgi  Mashev (1887-1946) and graphic artist Georgi Gerasimov (1905-1977). Although the curator spoke only Bulgarian, she was friendly and pressed several little booklets of these two artists and also about Stoian Vasilev into my hands and wouldn’t take any money for them….

My final find was Catalogue of Graphic Art (Sofia City Art Gallery 2015) a glorious record of the gallery’s graphic collection with a small reproduction of each item - 770 pages bilingual. That’s almost 4000 reproductions!!
Posted by nomadron at 3:11 PM