The Emperor has no clothes! Questioning reform 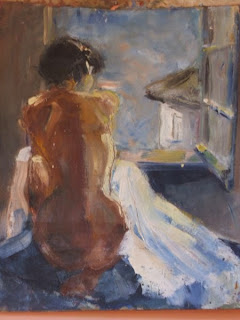 Readers will know that I spent the first half of my working life encouraging structures which gave voice to people who had previously been ignored in and by local government- and the next half working as an external consultant trying to get central government systems in various parts of central Europe and central Asia to operate more in the interests of “the citizen”.

In all cases, the issue was the complacent self-serving nature of those in power – be they professionals or political leaders. Not that the private sector escaped censure since the shortcomings of the large private bureaucracies were well exposed in the 70s and 80s be writers such as JK Galbraith and Rosabeth Kantor…….Untramelled power was the issue……

I wrote all of these experiences up – aware that I was venturing into unknown territory with “shabby and untested equipment” (as TS Eliot might have put it). As a young but senior politician in a Scottish Region in the 70s and 80s with a commitment to community development and action (and a writing bent), I was then almost unique in Britain; and was subsequently one of the first consultants let loose by the European Commission into “transition land” in the 90s in an effort to have a different type of public agency, with different accountabilities….
Of course Africa and Asia had been well-frequented haunts of “development consultants” for some decades but they were a different breed – with a different language as well as funding.
Certainly I was one of a small minority in the decades until the new millennium – but there must now be several millions of such “experts” these days who are paid (good wages) to do (short-term) contract work to get public organisations to operate “more effectively”.


And academic institutions throughout the world churn out thousands of papers and books every year about the “development work” which is going on…….critical, well-intentioned and often well-written ….take. for example, this impressive list from the Effective States and Inclusive Development Research Centre at the University of Manchester.

Curiously, however, only a tiny number of people seem to have tried to make sense of the efforts at “good governance” in central and east Europe and Asia - Tony Verheijen’s Administrative Capacity in the new EU Member States – the Limits of Innovation (2006) and Nick Manning’s International Public Administration Reform – implications for the Russian Federation (2006) were two (although the second actually said very little about Russia) - and in 2009 a collection of papers was published about Democracy’s Plight in the European Neighbourhood: Struggling Transitions and Proliferating Dynasties
In 2007 and 2011 I presented detailed overviews and critiques of these various efforts to a network of Schools of Public Administration in Central and Eastern Europe (NISPAcee) but have been disappointed by the way the members of the network simply ape “best practice” nonsense from the west….

Every now and again the size of the programme budgets of government consultancy work makes the headlines – particularly in the UK - but no one feels able to challenge the notion of squeezing increased productivity from what has been seen for the past few decades to have been bloated bureaucracies…….

I sense that these perceptions – both about “reform” and “bureaucracy” – are in for a rude shock shortly…….we are, after all, approaching almost 50 years of reform efforts and some voices are being raised to question what has been achieved….
This weekend, for example, I hit on a couple of videos of academic addresses by 2 big UK names - Chris Pollitt on 40 years of Public Sector Reform – and Rod Rhodes on political anthropology and political science whose text can be scanned more quickly here (the papers on which the two addresses are based can be read in Rethinking policy and politics – reflections on contemporary debates in policy studies)
Allowing for the simplicities such deliveries require, the basic message they have about the British experience of reform is quite savage……

At the same time I was trying to make sense of a new ( and rare) book on "institutional reform  - Limits of Institutional Reform in Development – changing rules for realistic solutions - whose early part is devoted to a single and obvious point; that almost all institutional reforms have failed in “developing countries” because they don’t fit local circumstances…. Outside experts have been parachuted in with “ready-made solutions” and made little attempt to prepare the locals for the real problems of implementation. The literature on “capacity development” has been strong on how cultural factors impact on organizational performance and, although Andrews doesn’t refer to that literature, the first half of his book emphasizes the counter-productivity of the consultancy industry’s preaching of “best practice”
A rather dry summary of the book’s scope and contents can be found in this LRB review

His discussion (in chapter 3) of the “multiple logics” present in organisations is useful – as is his recognition of the importance of “building change off some of the alternative logics” always present….. and the second half of the book is more promising in its focus on “problem-solving” and “flexibility” (iterative learning).

He still sees a role for external experts – but mainly as a catalyst to help locals (a) explore what sort of “issues” can be reframed as the sort of “Problem” which will receive political attention and (b) develop feasible “solutions” which will attract consensus and support at the implementation stage…It’s not often that the Japanese “5 whys” technique is recognized in this sorts of books – and this was good to see on pages 142-160
But, otherwise, the book reads like something written by a well-read post-graduate in Economics and political science who has been granted open access to all the World Bank files on “developing countries” – ie by someone with limited knowledge both of the real world and of the literature outside his chosen disciplines. And indeed Andrews is an Associate Professor at the Centre for International Development (part of Harvard’s JF Kennedy School of Government) who worked briefly at the World Bank and graduated from a South African University…The book can be partially read here on google

But the book needs a total rewrite – for two reasons. First he needs to identify the lessons from the huge literature on Managing Change of the 1990s – let alone the  more recent “political economy” approach of (say the UK’s ODI) and indeed of the World Bank itself in such recent and major works as its 2008 Governance Reform under Real-World Conditions – citizens, stakeholders and Voice which, amazingly, is not even referenced (although he contributed a chapter).
And then he needs to do something about the way he uses words and phrases (if not logic). This is a very repetitive and badly-written book full of technocratic jargon and implicit and highly questionable assumptions. He would benefit from reading George Orwell’s “Politics and the English Language” (1944) and Michael Billig’s recent Learn to Write Badly which savages the way social scientists these days have taken to using opaque invented nouns (rather than simple verbs) leaving the reader utterly confused about who is doing what to whom

The painting is an undated one by an Ivanova (probably in the 60s) - and a canvass I got for a song in one of my Sofia galleries a few years ago. I still keep it  it without a frame in the hall in my mountain redoubt......
Posted by nomadron at 7:26 PM