This is not a blog which expresses instant opinions on current events. It rather uses incidents, books (old and new), links and papers as jumping-off points for some reflections about our social endeavours.
So old posts are as good as new! And lots of useful links!
The Bucegi mountains - the range I see from the front balcony of my mountain house - are almost 120 kms from Bucharest and cannot normally be seen from the capital but some extraordinary weather conditions allowed this pic to be taken from the top of the Intercontinental Hotel in late Feb 2020 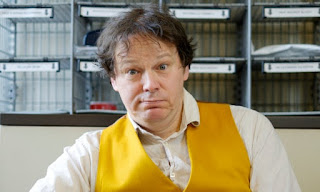 I’m devastated to hear that the writer and activist David Graeber has suddenly died – in the prime of his life – at the incredibly early age of 59. He has figured a lot in my posts of the last year – not least the full post I devoted in December to his superb book Bullshit Jobs
His book The Democracy Project was one of those list in my very recent list of essential reading for social activists – and indeed arrived the very day after I posted this…

He is also on the short list of great writers I drew up a few months ago (and was the subject of only the last post) to advance the argument that authors who straddled different worlds (whether class, country, academic or vocational) experienced themselves as “outsiders” – which gives them originality of insight and communication.


He was a prolific - as well as an excellent – writer who gave generously of his time as well to activism and to the increasing number of journalists from all over the world who would approach him. I suspect he simply worked himself to death – it has happened to so many of the people I knew in Scotland in the 70s and 80s who were unstinting of their time. Convener Geoff Shaw of Strathclyde Regional Council – whose door, as a community minister, was always open to people when they were in trouble.  Labour MP and Professor John MacIntosh ( who had been my University tutor) in the 1970s; Labour Leader John Smith in the 1990s;Scotland’s First Minister Donald Dewar and ex-Foreign Sec and Leader of the House Robin Cook in the 2000s.


All tragically early deaths from literally working themselves to the bone…..

Born in New York in 1961 to two politically active parents – his father fought in the Spanish civil war with the International Brigades, while his mother was a member of the international Ladies’ Garment Workers’ Union – David Graeber studied anthropology at the State University of New York and the University of Chicago, he won a prestigious Fulbright fellowship and spent two years doing anthropological fieldwork in Madagascar.
In 2005, Yale decided against renewing his contract a year before he would have secured tenure. Graeber suspected it was because of his politics; when more than 4,500 colleagues and students signed petitions supporting him, Yale instead offered him a year’s paid sabbatical, which he accepted and moved to the UK to work at Goldsmiths before joining LSE. “I guess I had two strikes against me,” he told the Guardian in 2015. “One, I seemed to be enjoying my work too much. Plus I’m from the wrong class: I come from a working-class background.”

His 2011 book Debt: The First 5,000 Years, made him famous. In it, Graeber explored the violence that lies behind all social relations based on money, and called for a wiping out of sovereign and consumer debts. Graeber followed it in 2013 with The Democracy Project: A History, a Crisis, a Movement, about his work with Occupy Wall Street, then The Utopia of Rules: On Technology, Stupidity and the Secret Joys of Bureaucracy in 2015, which was inspired by his struggle to settle his mother’s affairs before she died. A 2013 article, On the Phenomenon of Bullshit Jobs, led to Bullshit Jobs: A Theory, his 2018 book in which he argued that most white-collar jobs were meaningless and that technological advances had led to people working more, not less.
“Huge swaths of people, in Europe and North America in particular, spend their entire working lives performing tasks they believe to be unnecessary. The moral and spiritual damage that comes from this situation is profound. It is a scar across our collective soul. Yet virtually no one talks about it,” he told the Guardian in 2015 – even admitting that his own work could be meaningless: “There can be no objective measure of social value.”

An anarchist since his teens, Graeber was a supporter of the Kurdish freedom movement and the “remarkable democratic experiment” he could see in Rojava, an autonomous region in Syria.
He became heavily involved in activism and politics in the late 90s. He was a pivotal figure in the Occupy Wall Street movement in 2011 – though he denied that he had come up with the slogan “We are the 99%”, for which he was frequently credited.
“I did first suggest that we call ourselves the 99%. Then two Spanish indignados and a Greek anarchist added the ‘we’ and later a food-not-bombs veteran put the ‘are’ between them. And they say you can’t create something worthwhile by committee! I’d include their names but considering the way police intelligence has been coming after early OWS organisers, maybe it would be better not to,” he wrote.


Graeber Resource
For those who prefer visuals here’s a Youtube session hosted by Baffler with David and PeterThiel (!) debating the pace of innovation
For an academic, Graeber has a very accessible writing style – although I have to say I found his massive "Debt - the first 5,000 years" too detailed for me to absorb. It has been sitting, glowering at me from the bookshelves, for the past couple of years.....
Much more accessible are these books (all downloadable)
Possibilities – essays on hierarchy, rebellion and desire (2007)
Direct Action – an ethnography (2009)
Revolutions in Reverse – essays on politics, violence, art and imagination (2011?)
The Utopia of Rules – on technology, stupidity and the secret joys of bureaucracy (2015);
Bullshit Jobs – a theory (2018) the full book

It was a nice gesture of New York Review of Books to give us another look at the last piece he wrote for them - Against Economics, his very positive review of Robert Skidelsky’s “What’s Wrong with Economics”.
Graeber had also been complimentary about Skidelsky’s previous book - Money and Government – a challenge to mainstream economics


And also these tributes from DG's friends - including this one from writer Rebecca Solnit
Posted by nomadron at 10:10 AM