Can outsiders ever understand what's going on in Romania? 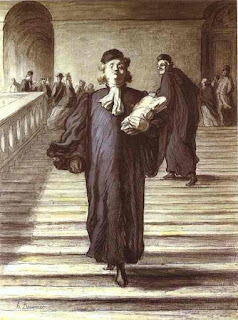 An article and paper from a British consultant/hired gun about aspects of Romania’s judicial system has coincided with an explosive scandal here in Romania about tapes of conversations between anti-corruption agents, Prosecutors and the Secret Service apparently targeting for prosecution people, for example, who were getting under the skin of the previous President……
It got me reflecting for the first time for some years on what Francis Fukuyama called the “Getting to Denmark?” question – namely how long it takes a society to develop strong and reliable institutions of liberal democracy….. This will be a rather personal and disjointed post as I try to collect my thoughts...so forgive me.....I will try shortly to gather them more coherently...

My relationship with Romania goes back exactly 26 years – I arrived to heavy snow and dim lights in January 1991 and, for a week, was ferried to places such as Brasov and Alba Iulia in an ambulance (I was on a WHO assignment) to meet various dignitaries; subsequently travelling to and from Iasi in the East by train.
In mid 1992 I took up a year’s assignment in the Prime Minister’s Office, working with the newly-elected big city mayors and the Ministry of the Interior to design the country’s first EC project of support for local government – during when I had discussions with several very senior politicians and officials and had a vague sense then of the iron fists and years of experience concealed in their gloves, eyes and voices.…
I was even one of a small number of foreign guests given seats of honour and a special mention at one of the first Conferences then of the renamed Social Democratic party (PSD) - which was all too quickly admitted to the Socialist International…This proved to be a useful network for some very skilful operators to use to pull the wool over Europe’s eyes about the dismal reality of reform efforts in the country in the 90s.

I remember vividly Ralf Dahrendorf’s judgement in 1991 that it would take at least a generation to make the beginnings of an impact on the communist mindset inculcated in central european countries for 50 years. But the European Commission knew differently and made a decision in 1997 which shocked me to the core – that EC technical assistance to central European and Balkan countries would no longer be governed by “developmental” objectives but rather by their ability to meet the formal legal requirement of the Acquis Commaunitaire (AC)…….ie of EU membership
It was obvious that the old power structures were still firmly in place but a break in the rule of ex-communists had taken place in 1996 when a liberal President was elected who sadly proved to be ineffective - and the old communist rule continued under Iliescu until sea captain and Bucharest ex-mayor Basescu took power in 2004. Only then can it be said that the reform of state agencies (slowly) started – very much under the eye of the EC…. Although the country was admitted (with Bulgaria) to the EU in 2007, its judicial performance (with BG's) caused sufficient concern to ensure that it was subject to continued monitoring under the terms of the Verification Mechanism. This continues....

By then, however, the EC and EU strategy was simply to request Romania to observe the legal formalities of the AC;  and to set up and ape the institutions of old Europe (already started through “twinning” with appropriate agencies in member countries, in the last decade with the hundreds of millions of euros of EC Structural Funds managed entirely by Romania).
Tom Gallagher’s Romania and the European Union – how the weak vanquished the strong (2010) documents the sad results

Noone, it needs to be stressed, is an expert in the transition from communism to a system of liberal democracy – or whatever we want to call the European system. We need to be very clear about this….noone expected it the Wall to fall - the only remotely equivalent experience was the collapse in the 70s of the Iberian and Latin American dictatorships – so people like me had (slowly) to try to build up a new set of putative skills and capacities……with rather limited success as I try to explore in The Long Game – not the log-frame (2011)

I can’t pretend to be an expert on Romania - since I returned only in 2009; have divided my time since then between Bulgaria and Romania; and don’t even speak the language…..
But, thanks to my Romanian partner, I did take part in workshops, for example, for Young Political Leaders led by American advisers who really shocked me for the disdain they showed for policy matters – everything was about political marketing….These, of course, were the days when everyone was preaching that the State should be dismantled….only in 1997 did the World Bank Annual Report grudgingly admit that they may have gone too far in their exhortations about privatisation…….

Another memory I have of these days is the Head of the European Delegation (Karen Fogg 1993-98) who gave every consultant (like me) a summary of Robert Putnam’s Making Democracy Work – civic traditions in Italy (1993) which suggested that the "amoral familiasm” of southern Italian Regions had undermined their pretences at modernism and effectively placed them 300 years behind the northern regions.  Putnam indeed spawned an incredible technocratic literature on the concept of social capital and ideas on how it could be “engineered” to deal with the new alienation of modern capitalism..
Romanian communism had almost 50 years to inculcate more cooperative attitudes and behaviour – but the forced nature of “collective farms”; the forced migration of villagers to urban areas to drive industrialisation; and the scale of Securitate spying created a society where, paradoxically, no one felt able to trust.
From 1990 the market became God; Reagan and Thatcher had glorified greed; the state was bad; and television – which had been limited by Ceaucescu to 2 hours a day - the great good……As the commercial stations and journals spread, the values of instant gratification became dominant.

The short pamphlet Fighting Corruption with Con Tricks- Romania’s Assault on Democracy  just produced by the Henry Jackson Society shows absolutely no understanding of any of this……..nor the scale of theft perpetrated by business - national and international.
I want to be fair to this article and the 20-odd page pamphlet about the Romanian both of which I have read very carefully. I think he makes some very fair points …….What, however, is missing is any balance. The scale of the plunder carried out by Romanian businessmen and politicians challenged only by the establishment a few years ago of the anti-corruption agency is never mentioned - nor the scale of the the plunder and the role of the PSD in sustaining it….

And unlike this longer academic review of the Romanian judiciary published last year, Clark’s brief coverage of the communist period’s influence on the judiciary is used simply to tar the current system with communist methods….
Clark is not stupid – he must realise that in the heavily politicised Romanian context, his paper is going to be used to weaken the only agency which has been giving ordinary Romanians some hope that their country was at last making progress toward a system which held powerful people accountable……Nor am I naïve – I understand the power various secret agencies exert here over judicial and political figures…..but that requires us to be so very careful and balanced in what we write – not to give succour to the devious

Those who really want to get a sense of the country can do a lot worse than clicking Mapping Romania - notes on an unfinished journey
Posted by nomadron at 7:21 PM