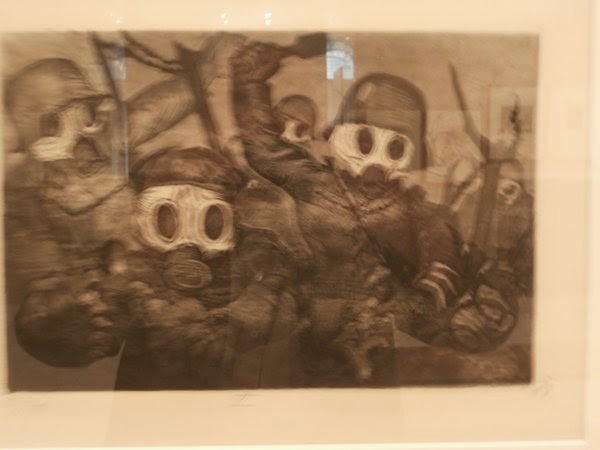 It was remiss of me not to have mentioned the exhibition of Otto Dix graphics now in its last few weeks at the Bucharest National Gallery (the side entrance near the English bookshop).
Dix is not a favourite painter of mine – but his graphics about the First World War are quite stunning.
I’ve also included – by way of comparison – one of the many sketches of Ilya Petrov I bought earlier this year in Sofia….

I was reminded because of opening a new book about Anglo-German Relations called ‘Noble Endeavours, the Life of Two Countries, England and Germany, in Many Stories’ which starts with a profile of one, Herbert Sulzbach whose life is described by the author in the following terms - 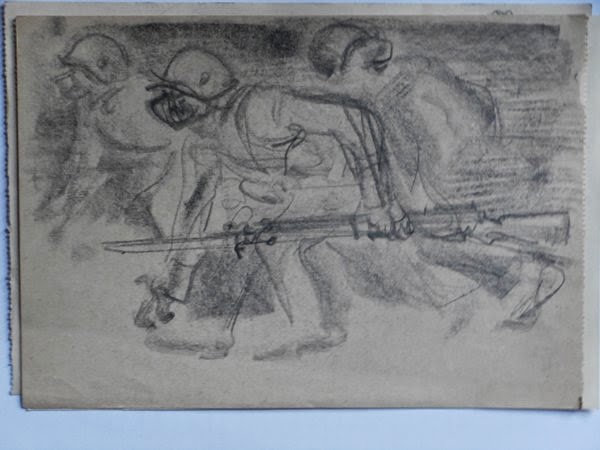 Herbert Sulzbach fought for Germany in the First World War and for Britain in the Second. His most challenging war began later. On November 11 1945, this quietly charming and slightly-built man succeeded in persuading the 4,000 Nazi PoWs with whom he had spent the past 11 months to stand alongside him, on Armistice Day, and pledge themselves to return home as good Europeans, “to take part in the reconciliation of all people and the maintenance of peace.”

Subsequently, working among the high-ranking SS officers imprisoned at Featherstone Park in Northumbria, Sulzbach ensured that these more hardened candidates also returned home with a clear understanding of how a liberal democracy should work.Sulzbach’s persuasive method — he made a point of imposing no form of censorship — proved remarkably effective. The 3,000 ex-prisoners who later wrote to thank him for his endeavours had little to gain at that point from their gratitude. One reformed PoW, Willi Brundert, went on to become a celebrated mayor of Frankfurt. Twenty-five of Sulzbach’s Nazi pupils would freely form a European branch of Featherstone. It was still going strong when Sulzbach died in 1985……. In 1948, Herbert Sulzbach publicly described the PoWs returning home as the best of envoys for future peace and understanding between Germany and England. Nearly 40 years later, he warned that “first, the old distrust must disappear”.The time has surely come to pay heed to Sulzbach’s words. Writing my book, Noble Endeavours, I was greatly struck by the spirit of forgiveness I encountered among people who had come to England as Kindertransport children. Born in Germany and now profoundly attached to England, all of them echoed Sulzbach’s wish for an end to the old distrust.
On the eve of a year of remembering the horrors that began in 1914, I hope that recalling the past won’t allow us to undo, or to neglect, the task of reconciliation for which so much was done by two heroic Jews.


I'm glad to do my little bit in remembering not so much the two World Wars - but the few good people who have tried to do something positive with their lives................
Posted by nomadron at 4:52 PM

Email ThisBlogThis!Share to TwitterShare to FacebookShare to Pinterest
Labels: Germany