Draft Guide for the Perplexed

"one man’s attempt to explore how he might “make a difference”; or at least feel that what he is doing is improving the human condition rather than compounding its problems. For I was at the enviable point in my life where I didn’t need to work full-time and could choose what I did with my time and life.
The first half of the paper still has the form and content it had when it was originally written (in Tashkent) in 2001 some 10 years after I had left political life in Scotland and started the nomadic life of a consultant in countries which were assumed to be in some sort of transition from a form of communism to capitalism".

How – was my question – should I use my energies and resources (time, skills, knowledge and money) in the future to best public (rather than private) advantage?

My 2001 note was structured around 5 questions - 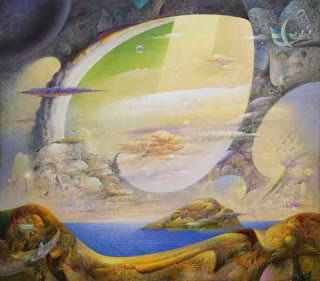 One friend responded and I returned to the questions 10 years later and tried to update my thoughts.
On Sunday I had a stimulating chat – over a white wine - with a new acquaintance about the issues and have been encouraged to do a minor update which you can find on my website with the title - Draft Guide for the Perplexed


I’ve been very lucky in my life – having a position of considerable political influence in the West of Scotland for 22 years from the age of 28 – and then having responsibility for a variety of capacity-building projects in central European and Central Asian governments for another 20 odd years.
From these very different vantage points (and my constant reading) I have developed some views about what we might call social/political interventions…..Unfortunately I find that my attempt to communicate these gets perverted by language – not just my own imperfections but, I suspect, the verbal infrastructure itself. Hence the pleasure I got from drafting a “Devil’s Dictionary” to warn people about language – entitled Just Words

I readily confess to being one of these annoying people who “takes stock” every few years of what has been going on in a place for which I felt some affinity and offers some uninvited (and generally unpalatable) comment. I started the habit in the mid- 1970s and was allowed to indulge the habit by my various positions. I might say that it made few friends!
Although I continue to write a blog I now use it mainly to pass on what I consider to be useful perspectives of others who are better skilled than  -, whether by virtue of their more felicitous language, their experience, reading or understanding.