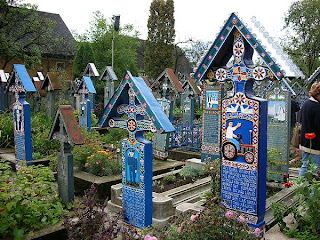 I’ve always had great difficulty answering the simple question “What do you do?” “Student” was easy but, after graduation, I had a quick succession of jobs in what could be called generally the “planning” field - and “planner” is as vague a term as “manager” and enjoyed a rather limited vogue.
In 1968 I joined a polytechnic and was also elected to a town council – so “lecturer” was as good a description as what I did as any.

Using my voice was what I was paid for – whether to transmit information or opinions. I read widely – so “reader” was also a pertinent word. I became heavily involved in community development – managing to straddle the worlds of community action and political bureaucracy (for 20 years I was the Secretary of ruling Labour groups in municipal and regional Councils and also a sponsor of community action) and figured in a book about “reticulists” (networkers) – but imagine putting that word in a passport application!

For a few years I was Director of a so-called “Research Unit” which was more like a Think Tank in its proselytising workshops and publications celebrating the new rationalism of corporate management and community development. At age 43 my default activity became full-time (regional) politics – with a leader role but of a rather maverick nature who never aspired to the top job but was content to be at the interstices of bureaucracy, politics and academia. I remember my reception at an OECD function in central Sweden as someone with a proclivity to challenge.

All this paved the way for the “consultancy” which I have apparently practised for the past 20 years in Central Europe and Central Asia. But “consultant” is not only a vague but a (rightly) increasingly insulting term – so I was tempted for a period to enter the word “writer” on my Visa application forms since this was as good a description of what I actually did as any.

At one stage indeed, my despairing secretary in the Region had actually given me the nickname “Paperback writer”. Except that this was seen by many border guards in central Asia as a threatening activity! Robert Reich’s “symbolic analyst” briefly tempted – but was perhaps too close to the term “spy”!
When I did the Belbin test on team roles to which I was subjecting my teams, I had expected to come out as a leader – but was not altogether surprised to discover that my stronger role was a “resource person” – someone who surfed information and knowledge widely and shared it. What some people saw as the utopian streak in my writing gave me the idea of using the term “poet” at the airport guiches – but I have a poor memory for verse.

This morning, as I looked around at the various artefacts in the house, a new label came to me – “collector”! I collect beautiful objects – not only books and paintings but pottery, pens, pencils, laquered cases, miniatures, carpets, Uzbek wall-hangings, Kyrgyz and Iranian table coverings, glassware, terrace cotta figurines, plates, Chinese screens, wooden carvings et al. Of very little - except sentimental - value I hasten to add!

But, of course, I have these things simply because I have been an “explorer” – first of ideas (desperately searching for the holy grail) and then of countries – in the 1980s Western Europe, the 1990s central Europe – finally central Asia and beyond.

Some 25 years ago, when I was going through some difficult times, my sister-in-law tried to help me by encouraging me to explore the various roles I had – father,son, husband, politician, writer, activist etc. I didn’t understand what she was driving at. Now I do! Lecturer, reticulist, politician, maverick, leader, writer, explorer, consultant, resource person, collector – I have indeed played all these roles (and more too intimate for this blog!).

Makes me wonder what tombstone I should have carved for myself in the marvellous Sapanta cemetery in Maramures where people are remembered humourously in verse and pictures for their work or way they died!!

And it was TS Eliot who wrote that


old men ought to be explorers

Daniela tells me that TV is full today of the funeral obsequies of Adrian Panescu (see yesterday's blog). Particularly sickening in the light of the recent loss of Ion Olteanu.
As I've been blogging here for more than a year, I thought it would be useful to start looking at what I was chuntering on about a year ago.
Posted by nomadron at 10:59 AM