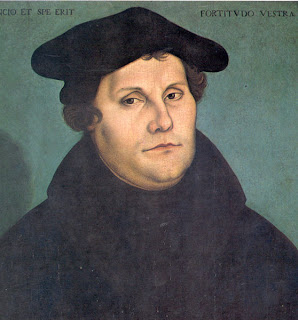 The blogs of the last 2 days have been so long (blame the weather!) that I wasn’t able to follow up some points. Sunday’s blog (Change that lasts) referred to a paper by Matthew Andrew which brought out the role of networks in change. It’s interesting that he made no reference to the vast literature on managing change – just a few references to some pragmatic articles. One might have expected him to refer to the notion of the tipping point which Malcolm Gladwell popularised in his book of that name in 2000. Gladwell identified three key factors which determine whether a particular trend will “tip” into wide-scale popularity - the Law of the Few, the Stickiness Factor, and the Power of Context.
The Law of the Few contends that before widespread popularity can be attained, a few key types of people must champion an idea, concept, or product before it can reach the tipping point. Gladwell describes these key types as Connectors, Mavens, and Salesmen. (And a maven – in case you didn’t know - is a trusted expert in a particular field, who seeks to pass knowledge on to others. The word maven comes from the Hebrew, via Yiddish, and means one who understands, based on an accumulation of knowledge). If individuals representing all three of these groups endorse and advocate a new idea, it is much more likely that it will tip into exponential success. The “connectors” are, I think, the people Andrews was talking about. A horrible word was invented in the 1970s to draw attention to their role and significance – the “reticulist”! This word – from the Tavistock Institute – did not tip into general use!
The other 2 concepts are, frankly, not so well dealt with. The Stickiness Factor as the quality that compels people to pay close, sustained attention to a product, concept, or idea. Stickiness is hard to define, and its presence or absence often depends heavily on context. Often, the way that the Stickiness Factor is generated is unconventional, unexpected, and contrary to received wisdom. The concept that Gladwell terms the Power of Context is enormously important in determining whether a particular phenomenon will tip into widespread popularity. Even minute changes in the environment can play a major factor in the propensity of a given concept attaining the tipping point.

The New Zealand Government used Wiki in an interesting experiment – to encourage public participation. They brought in OECD’s Joanne Caddy who had edited the OECD’s Beyond Scrutiny I listed recently to help them with this experiment. Judging, however, from its use, it does not seem a great success -
Finally a nice site for those who like Scottish scenery and poetry
Posted by nomadron at 7:45 AM